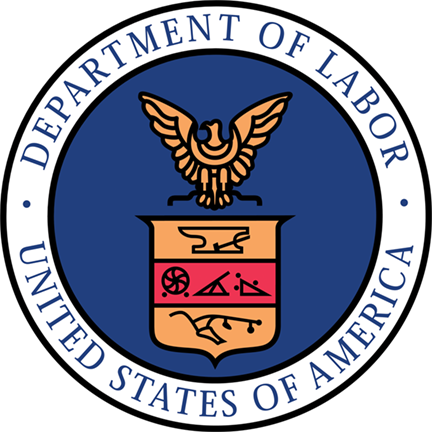 The thirty-one page civil suit against the Association and Trust health plan management, seeks recovery of millions of dollars in fees paid to AIMS by employer participants in the Trust. The lawsuit also asks the court to bar James DeWalt, Robert G. Bakie, Jack L. Fallis Jr., and Jeffrey A. Barton from “acting as fiduciaries or service providers to any ERISA-covered employee benefit plan.”

My previous article describing the lawsuit can be found here.

Last week, attorneys for the defendants filed a motion to dismiss the DOL action for failure of DOL to state a claim. Hearing on the motion has been requested for July 25, 2017. Response pleadings from DOL have not been filed with the court yet.

Defendants make two arguments for their motion to dismiss:

The Department of Labor (the “Department”) alleges that the defendants in this case violated the Employee Retirement Income Security Act of 1974 (“ERISA”) by causing nominal defendant Associated Employers Health and Welfare Trust (the “Trust”) to improperly approve and make certain fee payments to defendant Associated Industries Management Services, Inc. (“AIMS”), a service provider to the Trust. Specifically, the Department alleges that Defendants breached their ERISA fiduciary duties to an ERISA plan (Count I), engaged in prohibited transactions with respect to an ERISA plan (Count II), and knowingly participated in ERISA violations (Count III).

But stating any of those claims requires the Department to plead ERISA fiduciary status by alleging either that Defendants acted improperly in connection with an ERISA plan, or by alleging that they exercised discretionary control over the assets of an ERISA plan. The Department fails to do either. Because the Department thus fails to allege an ERISA violation as a matter of law, its complaint should be dismissed with prejudice.

Parenthetically, defense attorneys point out that the Trust does not even exist as it once did, attaching the original trust agreement to the motion to dismiss:

Although it is not pertinent to this motion, as described in Defendants’ concurrently filed motion to dismiss for lack of subject matter jurisdiction, the trust structure described in the complaint no longer exists. Effective January 1, 2014, the Trust was divided into smaller trusts when specific industry groups whose members belonged to AIIN [Associated Industries of the Inland Northwest], formed separate health benefit trusts dedicated to their respective industries. [Motion at 3]

Those who have followed the bona fide association / MEWA wars in Washington over the past few years will find the arguments made by defendants familiar and ironic. Defendants allege that the DOL action must be dimissed in part, because the MEWA is not a bona fide association health plan qualifying for treatment as a single large employer plan under ERISA. Therefore, the Trust is not an ERISA plan.

The defendants also argue that the fees paid to them did not belong to participating employers and were not “plan assets”; therefore, none of the fees paid are subject to ERISA fiduciary requirements.

But the trust agreement provided no mechanism by which funds in excess of the costs of procuring insurance and providing administrative services would ever have reverted to the individual plans. Nor does the Department offer any reason to believe that the individual plans had any ownership interest in the insurance premiums paid by the Trust to the insurance companies that provided health insurance to the participating employers’ employees. The Department identifies nothing in the trust agreement suggesting any such interest, and neither case law nor common sense fills that gap. [Motion at 11]

Moreover, defendants argue that they were not fiduciaries to the employer member plans because fees came from the Trust not the employers who had already agreed on payments when the employers “joined” the Trust. Defense attorneys summarize the argument for dismissing the DOL action as follows:

Accordingly, all of the allegations against the individual defendants — and for AIIN’s supposed liability arising from the individual defendants’ actions — involve Trust assets: authorizing payments of insurance premiums by the Trust; determining how much of the funds in the Trust went to AIMS for fees (including from reserves); investing Trust assets; and receiving participating employers’ payments to the Trust. And, as established above, the Trust did not hold any ERISA plan assets, either by virtue of being an ERISA plan (it was not) or by virtue of holding assets of the individual ERISA plans (it did not).

In other words, defendants argue that all the money belonged to the Trust which was not an ERISA plan and therefore, the administrators could not be ERISA fiduciaries and there can be no ERISA violations.

The defendants summarize their position, stating:

Interesting arguments. We’ll see how impressed the court will be with these arguments and how DOL responds.