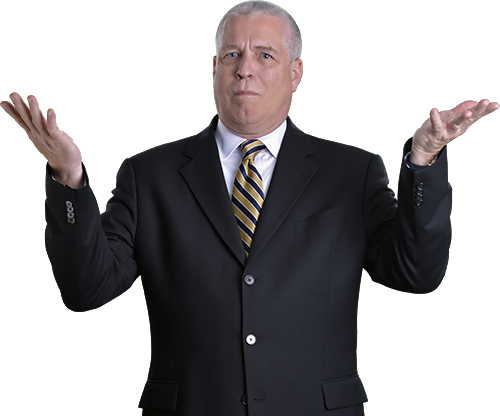 Bless their hearts, the U.S. Department of Labor (DOL) has issued proposed regulations to improve access to association health plan markets. Their two biggest ideas for improvement are to force existing bona fide associations to stop risk rating health plan coverage at the employer level and to start counting individuals as groups.

In the beginning…association health plans owe their existence to the definition of “employer” under the Employee Retirement Income Security Act (ERISA).

The term “employer” means any person acting directly as an employer, or indirectly in the interest of an employer, in relation to an employee benefit plan; and includes a group or association of employers acting for an employer in such capacity. 29 USC § 1002(5) (emphasis added)

Thus, a group of different employers can collectively create a health plan for participating employers and be considered a single “employer” plan for purposes of ERISA.

Over the last three decades, the test for “bona fide” status under ERISA has been repeated and refined by DOL in many advisory opinions summarized in its guide for multiple employer welfare arrangement (MEWA) regulation. [All association health plans are also MEWAs whether bona fide or not].

Here are some regulatory highlights:

(e) Dual treatment of working owners as employers and employees

(2) The term ‘‘working owner’’ as used in this paragraph (e) means any individual:

(i) Who has an ownership right of any nature in a trade or business, whether incorporated or unincorporated, including partners and other self-employed individuals;

(A) Works at least 30 hours per week or at least 120 hours per month providing personal services to the trade or business, or

(3) Absent knowledge to the contrary, the group or association sponsoring the group health plan may reasonably rely on written representations from the individual seeking to participate as a working owner as a basis for concluding that the conditions in paragraph (e)(2) are satisfied. [Federal Register / Vol. 83, No. 4 pg 636 / Friday, January 5, 2018 / Proposed Rules]

Commonality of interest of employer members of a group or association will be determined based on relevant facts and circumstances and may be established by:

(1) Employers being in the same trade, industry, line of business or profession; or

In addition to erasing health plan market distinctions and traditional definitions of employer and employee, the proposed regulations would force every existing bona fide association qualified under existing rules to reconsider their health plan pricing to eliminate premium differences between employer groups if they are based upon loss experience or health underwriting.

… Example 4. (i) Facts. Association G sponsors a group health plan, available to all employers doing business in Town H. Association G charges Business I more for premiums than it charges other members because Business I employs several individuals with chronic illnesses.

Consider how the above example and proposed regulation differs from existing regulations adopted by Health and Human Services to implement health care reform.

45 CFR § 146.121 Prohibiting discrimination against participants and beneficiaries based on a health factor.…

(c)Prohibited discrimination in premiums or contributions –

(i) Group rating based on health factors not restricted under this section. Nothing in this section restricts the aggregate amount that an employer may be charged for coverage under a group health plan. But see § 146.122(b) of this part, which prohibits adjustments in group premium or contribution rates based on genetic information.

(ii) Conclusion. In this Example 1, the issuer does not violate the provisions of this paragraph (c)(2) because the issuer blends the rate so that the employer is not quoted a higher rate for F than for a similarly situated individual based on F’s claims experience. (However, if the issuer used genetic information in computing the group rate, it would violate § 146.122(b) of this part.)

Naturally, the proposed rules create dozens more questions than this brief introduction of federal health insurance policy. Here are a few observations about the DOL explanation for the proposed regulation for those who don’t want to read the fine print.

Here’s a fun fact: Under existing federal regulations, if an association pulls the plug on health plan programs, the carrier must continue to renew coverage:

“[W]ith respect to group coverage offered only through associations, the option of guaranteed renewability extends to include employer members of an association. This provision means that all employers covered by an issuer through an association have the right to renew the coverage they received if the association ceases to serve its members, regardless of the reason.” [Federal Register / Vol. 62, No. 67 / Tuesday, April 8, 1997 / Rules and Regulations 16905]

Stayed tuned for Part 2, Part 3, Part 4 of the DOL proposal.

Teaser – Can DOL do this by rule? What about other association plan rules? What about individual and small group market rules? How does Poisson regression analysis affect contingency tables?