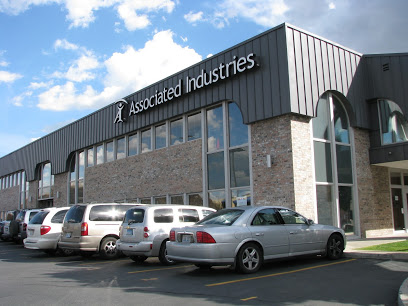 The thirty-one page civil suit against the Association and Trust health plan management, seeks recovery of millions of dollars in fees paid to AIMS by employer participants in the Trust. The lawsuit also asks the court to bar James DeWalt, Robert G. Bakie, Jack L. Fallis Jr., and Jeffrey A. Barton from “acting as fiduciaries or service providers to any ERISA-covered employee benefit plan.” [at 30]

WHEREFORE, the Secretary prays that this Court enter a final order (a) holding DeWalt, Bakie, Fallis, Barton, and the Association jointly and severally liable to restore to the Trust all losses suffered as a result of the ERISA violations describe herein, plus prejudgment interest and post judgment interest; (b) requiring AIMS to disgorge its fees received as a result of its knowing participation in the ERISA breaches described herein, plus prejudgment and post judgment interest; (c) enjoining DeWalt, Bakie, Fallis, and Barton from acting as fiduciaries or service providers to any ERISA-covered employee benefit plan; (d) appointing an Independent Fiduciary to hire and determine the compensation for the Trust’s service providers; (e) compelling an accounting of the Trust’s assets; and (f) providing for such other relief as may be equitable, just, and proper.

DOL seeks to recover fees paid to AIMS, wholly-owned by the Association, for administration of the Association’s health plans. DOL alleges that managers and health plan trustees, knew or should have known that the payments violated ERISA fiduciary standards, prohibitions on self-dealing and interested party transactions rules.

DOL describes the relationships among the parties that it believes creates joint and several liability and gives rise to some of the ERISA violations:

DOL charged that the Association is liable because it “failed to properly monitor the Trustees” who were appointed by the Association. The Association “failed to discharge its duties with respect to the Plans solely in the interest of participants and beneficiaries;” “failed to act with the care, skill, prudence, and diligence…that a prudent person…would use in the conduct of an enterprise of like character;” and “is liable for the fiduciary breaches.” [at 26-27]

– had knowledge of the fiduciary breaches of the Trustees and did not make reasonable efforts under the circumstances to remedy them. [at 27]

DOL allegations relate to failures by Trustees and the Association to ensure that money paid for plan administration benefited the employers purchasing health insurance from the Association. DOL noted that Trustees agreed to pay AIMS higher and higher fees without:

Advice to clients: Res Ipsa Loquitur – the case speaks for itself.