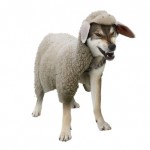 The Washington Insurance Commissioner has requested legislation for registration of third party administrators to protect consumers. Third party administrators (TPAs) come in all shapes and sizes and just as many flavors. Insurers typically provide most services for administration of its own health plans. Many Insurers also sell administrative services to self-funded plans which would make the insurer an ASO not a TPA. Although people refer to plan administrators as TPAs, the term isn’t very useful in identifying the wide range of service providers who may or may not consider themselves TPAs.

Under federal ERISA standards, even attorneys, accountants, and actuaries are plan service providers subject to regulatory standards when providing services to employee health and welfare benefit plans. Federal rules generally use the term “service provider” rather than TPA. Moreover, federal law establishes the plan sponsor/employer as the plan administrator unless otherwise designated in the plan. So use of the term “plan administrator” has a wide range of potential meanings and generates a lot of confusion.

You would assume that a “third party administrator” is a “plan administrator” that’s a “third party” – not the plan sponsor. Commonly though, the employer contract with the service provider says that the provider is not a “plan administrator” given the liability such status entails under ERISA. Referring to someone as a TPA has simply become a shorthand reference to a professional other than an insurer or agent working with an employer on employee benefit plans. If you want a sense of the complexity and feel bored and need sleep, consider the 2014 proceedings of the NAIC Regulatory Framework Task Force (e.g. page 218) discussing TPAs.

Most states directly regulate TPAs in some fashion. Many have adopted the National Association of Insurance Commissioners (NAIC) recommended laws. Washington has frequently considered but never enacted legislation directly regulating TPAs. The Washington Insurance Commissioner (OIC) will try again this year to convince the Legislature to regulate TPAs.

The OIC will face a difficult challenge in explaining how circumstances differ from those described in a 2002 University of Washington (UW) study of TPA regulation commissioned by the OIC.  Working with William Mercer, UW researchers conducted a study under direction of the OIC to “assesses the need for regulation of third party administrators (TPAs) or entities that assume risk from, or affect the risk of, regulated insurers (carriers, health care service contractors, and HMOs).” The study killed TPA regulation.

The researchers concluded that they could “not find any compelling reason to initiate regulation of TPAs in Washington at this time. However, the state may wish to consider implementation of basic TPA registration requirements, clarification or tightening of solvency requirements of insurers using TPAs, regular monitoring of insurer-TPA contracts, and clarification of requirements pertaining to the collection and use of sensitive data.”

The saddest and least surprising aspect of the study was the confirmation of widely held beliefs about government regulation – no one knows with certainty why the regulations exist. Here’s one of the “Basic Findings” of the 2002 study commissioned by the OIC:

Most regulators who offered information were not involved in the original passage and implementation of their own state’s TPA statute. Although involving stakeholders is standard practice today, most TPA legislation was passed before 1990 and stakeholders were either not identified or invited to be involved in the process. A few state representatives recall anecdotes about the reasons for passage, suggesting it was because of concern over the financial solvency of certain organizations, their record keeping processes, and the fiduciary relationships they had with insurers. Whatever the reasons, the scope of TPA regulation varies considerably from state to state, and none of the states involved in the survey has evaluated the impact of its TPA regulation program, because there is not enough funding and existing TPA regulation is not a controversial issue. [Study at 19]

Not surprisingly, the OIC labels its regulatory proposal as a “TPA Registry Bill“and describes the agency’s effort on its website as “requiring all third-party administrators, including benefit managers, to register with the Office of the Insurance Commissioner and to share what services they are providing and who they are providing them to.”

Naturally, the legislation goes far beyond mere disclosure and registration. For example, insurers must conduct semi-annual audits of TPAs administering insurer plans and at least one of these must be on on-site audit of TPA operations. Good or bad, that’s more than registration as are the potential new rules to follow in the grant of authority to regulate TPAs.

The OIC draft draws upon but does not follow NAIC recommendations. In an intent statement in the Bill Draft, the OIC focuses on TPAs that underwrite, collect premiums and pays claims. The OIC expresses concern for the large amounts of money managed by TPAs performing these functions and the need to “register” TPAs doing business in Washington.

The draft definition of a TPA follows the NAIC format of setting forth a description of who is considered a TPA then excluding certain classes of services and professionals.

(7) “Third party administrator” or “TPA” means a person who performs one or more of the following functions on behalf of a carrier, either directly or indirectly, in connection with disability, health or stop-loss coverage: underwriting business; collecting charges or premium; adjusting or settling claims; performing utilization reviews, credentialing providers, prior authorization of treatments or quality audits; acting as a benefit manager such as pharmacy benefit manager or radiology benefit manager.

The definition excludes fifteen categories of service providers ranging from insurers and some producers to financial institutions and credit card companies. Given the interplay between the definition and exclusions, a determination of who must register requires careful analysis on a case by case basis.

For example, the proposed draft legislation appears to require the licensing of health care networks contracting with insurers if the network credentials health care providers for admission to the network. When you factor in the grounds for OIC revocation of a TPA license, a health care network that violated any insurance law could be ordered to cease doing business in Washington.

Because the proposed legislation would require licensing of pharmacy benefits managers (PBM), the current PBM registry laws are repealed. The draft proposal grants the OIC broad rule-making authority and would take effect July 1, 2017.

As a draft, you can expect further changes. As you sharpen up your edit pencils, you might consider what the following subsection 11 (1) means for registration and TPA compensation:

When a TPA collects funds, the reason for collection of each item must be identified to the insured party and each item must be shown separately from any premium. A TPA cannot charge and collect any funds from an insured for the TPA’s fees.

With a short legislative session and overwhelming  budget issues pending, no one predicts adoption of a new regulatory scheme for TPAs this year. Some wonder how the OIC can absorb extensive new regulatory responsibilities given the agency’s current tasks and the long delays in reviewing rate and form filings.