Many folks have asked for explanations and guidance on the creation or continuation of association health plans (AHPs) in Washington State. The tortured history of AHP regulation in this state defies any imposition of rational thought, let alone legal explanation. Here’s one example that you can mull over while you’re parked on the interstate.

Just two months ago, I wrote about the struggles between Moda Health and the Washington Insurance Commissioner (OIC). The OIC had disapproved Moda  association health plan filings concluding that these recently formed association trusts were not bona fide under ERISA and had also failed to meet OIC rating requirements.

Moda then forced the associations into federal court as a precondition to continuing existing coverage. Moda did not want to rely upon a letter from association counsel as satisfaction of its due diligence obligations in filing a single large group plan for an association.

The Moda associations went to federal court in Oregon. The judge suggested they take the matter up with the Seattle federal judge where the same issues were pending. The association asked for summary judgment in favor of their bona fide status. The judge ruled against them saying that record before the court failed to demonstrate bona fide status.

Last month, the agency’s administrative law judge decided to press the “pause” button while waiting to see how the Seattle federal judge would decide the bona fide issue. A few weeks later, the OIC announced its settlement and the remaining cases were withdrawn.

As of October, the OIC has changed every disapproval of Moda’s 2014 association plan filings to – “Filed without further review per the Order on Motion for Summary Judgment filed on July 1, 2015.”

Here are the revised not disapproved filings:

So how does the July 1st order result in an OIC response that the filings should be accepted and not reviewed? I have no idea, and that’s my legal opinion. I simply don’t know how we get from the OIC rejecting and fighting the bona fide status of these associations to walking away without comment.

My educated guess is this: the agency read its own rules and decided not to judge the bona fide status of the association plan. Here’s the rule:

Here’s an excerpt from the OIC instructions for filing association health plans:

G. 5. Major medical plan filings must attach a PDF document titled “Evidence as an Employer” on the Supporting Documentation tab. The document must include, at a minimum, the following information:

We have literally arrived at the beginning of the OIC’s bizarre association health plan review process begun in September 2012. That process resulted in the grand announcement and formal letter that the OIC had approved the bona fide status of the Master Builders Association. As the agency initially advised – “AHPs will need to deal directly with DOL for guidance as that organization is the final determiner of status.” 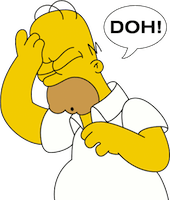 After three years of enormous expenditures of time and money, the Commissioner appears to have decided not to argue over an association’s “bona fide” status. This feels like a triumph of literacy over desire; but, the cramp in my brain won’t let me enjoy it.