When Discrimination is a Good Thing 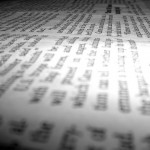 Words matter. The meaning and use of words matter even more. That’s why discrimination can be a great thing – if you’re talking about insurance. Why?

For one reason, folks who are careless should pay more for insurance than folks who are careful. Insurers don’t care why folks are careless; insurers want to be “discriminatory” in their selection of customers and in the pricing of insurance. Instead of relying on a customer’s promise to be careful, auto insurers look at the applicant’s driving record and discriminate accordingly.

Washington State prohibits many types of discrimination by insurers:

“It is an unfair practice for any person whether acting for himself, herself, or another in connection with an insurance transaction or transaction with a health maintenance organization to cancel or fail or refuse to issue or renew insurance or a health maintenance agreement to any person because of sex, marital status, sexual orientation, race, creed, color, national origin, or the presence of any sensory, mental, or physical disability or the use of a trained dog guide or service animal by a disabled person: PROVIDED, That a practice which is not unlawful under RCW 48.30.300, 48.44.220, or 48.46.370 does not constitute an unfair practice for the purposes of this section.” [RCW 49.60.178, see immediately below]

Despite this general ban on discrimination, the insurance code explicitly recognizes the right of insurers to discriminate:

“This subsection does not prohibit fair discrimination on the basis of sex, or marital status, or the presence of any sensory, mental, or physical handicap when bona fide statistical differences in risk or exposure have been substantiated.” [RCW 48.30.300]

“No health care service contractor {e.g. Premera Blue Cross} shall deny coverage to any person solely on account of race, religion, national origin, or the presence of any sensory, mental, or physical handicap.”

“Nothing in this section shall be construed as limiting a health care service contractor’s authority to deny or otherwise limit coverage to a person when the person because of a medical condition does not meet the essential eligibility requirements established by the health care service contractor for purposes of determining coverage for any person.” [Emphasis added. RCW 48.44.020]

Consequently, insurers cannot refuse to issue a policy to a careless White man like myself. But, the insurer can demonstrate that they are not refusing to issue a policy solely because I am White; rather, they’ve demonstrated a “bona fide statistical difference” that suggests my carelessness is too expensive to insure.

So why am I blathering on about discrimination? Because discrimination is one of the least understood and most overused words in health care reform – used as club when we don’t like perfectly legal behavior.

The backbone of reform is the elimination of certain types of discrimination in certain markets to force a homogenization of pricing to make health plans more affordable for sick people. Nevertheless, we often skip over the obvious policy choice we’ve made in banning types of discrimination that have long been standard practices in the insurance industry.

I recently read an exchange of correspondence between Representative Joe Schmick of the Washington House of Representatives and Insurance Commissioner Mike Kreidler that demonstrates the confusion when we fail to distinguish between “fair” discrimination and the kind of discrimination that gets young, African-American men killed.

He concluded by noting that “it is difficult to say how many people may be affected by these discriminatory factors as we cannot know how many chose not to enroll in association health plans due to discriminatory pricing.”

If you’ve read this far, you already know that some types of discrimination are fair. You know that health care reform permits discrimination. Yet, the Commissioner identifies federal bans on health insurance discrimination without nuance or explanation.

“I am confused by the different ways you describe “discrimination.” Even the reformed individual market “discriminates” based on age…I do understand your point that higher risk employers will search for low prices and move away from AHPs to the community rated market given the subsidy in that market. However, I also understand from recent administrative rulings that federal law permits bona fide associations to act like Boeing or Microsoft and preempts state law.”

The Insurance Commissioner agreed, noting that his office does review these bona fide AHP filings to determine whether the plans and the rates meet legal requirements. He acknowledged that even “reformed plans” discriminate:

“You are also correct that the law does allow some differences in ratings based upon age-bands and geography, without being considered discriminatory. My office does review for discriminatory rating and has not changed its approach in that regard.”

Can you see the problem in this exchange of correspondence? The Commissioner observes that some “differences” are permitted without being considered discriminatory. However, all of these differences are in fact, discriminatory. The discrimination is permitted.

Accusing AHPs, insurers, or anyone else in the insurance industry of discrimination constitutes a compliment – they are doing their job. The role of the Insurance Commissioner and the Legislature is to set boundaries on the type and level of discrimination that should be tolerated.

When the word “discrimination” gets used indiscriminately to describe bad behavior, we get warped regulatory policy and lose focus on objectives. We get busy blaming and not fixing the broken parts of our health insurance system.